How to better deal with the coming cold, flu, and COVID season

Prior to the emergence of COVID, I did not spend a lot of time studying what types of patients suffer more with viral infections. What I did know for sure was that people who suffered with flu symptoms often did not test positive for the actual flu, which means that flu symptoms do no mean that you have the flu. This is not surprising as bad colds often have similar symptoms as the flu and they are caused by rhinoviruses. I did not know until COVID emerged that there were four coronaviruses that also cause the common cold. I also had no idea that coronaviruses are a natural part of our respiratory system (1).

In short, the emergence of COVID led me to start studying viral infections and to write a book about immune health (2). During this time, I learned that humans not only have a microbiome; we also have a virome. It turns out that we have so many viral fragments in our body that they represent about 8% of the human genome (1). Additionally, there are about 100 times more viruses in our body than bacterial cells that make up our microbiome (1). These numbers stunned me and caused me to think differently about the nature of viral infections than I did previously.

I began to think that since viruses are far more numerous in our body compared to human cells and bacteria…why should they be such a problem? Should we not be adapted to viruses to an adequate degree, since we already have a homeostatic and symbiotic relationship with trillions of them anyway? And not surprisingly, the answer was yes, we humans should be adapted, so long as we do not live in a chronic inflammatory state, such as that associated with obesity and hyperglycemia. This became abundantly clear in early 2020 when articles from mainstream news outlets began to report that obese people were far more likely to be compromised by COVID than lean age-matched counter parts. People with diabetes and heart disease were also at greater risk. I wondered how long the virus/obesity-hyperglycemia relationship had been known about…

It turns out that it has been well known since the Spanish Flu of 1918 that obese people had much worse outcomes. Then in the late 1950s and 60s, during the Asian and Hong Kong influenzas, it turned that obesity and diabetes were associated with great infection severity and greater mortality (3). This was confirmed during subsequent years during cold and flu season, which means that it has been known for over 100 years that obesity and hyperglycemia are predictive for poor outcomes during viral infections (2). Consider what we knew before COVID emerged about obesity and viral infections (3):

I learned about obesity issue just after lockdowns started and it stunned me that the recommendations from authorities was to stay home, socially distance, and wear a mask, and then get vaccinated when they became available. There was not a single recommendation to avoid overeating during lockdowns AND not a single mention that obese people are far more likely to die compared to lean counterparts. So, not surprisingly, the majority of Americans gained 15-30 additional pounds during lockdowns. This means that for this coming cold, flu, and COVID season, many more people are at greater risk for increased morbidity and mortality.

Important keys to protecting oneself against viral infections is to get to a healthy body weight, normalize blood glucose levels, and take adequate amounts of vitamin D to normalize blood levels (2). Supplementing with vitamin C and zinc is also advisable as each has demonstrated an anti-viral effect in double blind trials (2). Botanicals such as elderberry, ginger, and turmeric offer supportive anti-inflammatory benefits.

Dr. Seaman is a chiropractor who has been writing about chronic inflammation for 30 years. His articles about pain, inflammation, diet, and obesity have been referenced by researchers at the Centers for Disease Control (CDC), Harvard Medical School and many other universities in the United States, as well as universities in Canada, Brazil, Europe, Middle East, India, Australia, Russia, and other Asian countries.

Dr. Seaman is a consultant for Anabolic Laboratories and has six books published on Amazon about diet and inflammation. His website is DeFlame.com and he can be reached at docseaman@mac.com. 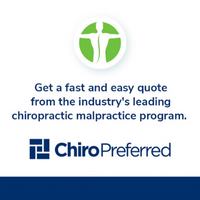