The 3 Most Common Issues when Reporting CPT Codes | Kentucky Association of Chiropractors
859-554-4498 kac@theKAC.org

The 3 Most Common Issues when Reporting CPT Codes

One of the most misunderstood tasks chiropractors face on a daily basis is how to correctly report the segments adjusted during a patient encounter and the use of the appropriate CPT code on a 1500 form for reimbursement.

The issue at the heart of the matter is the confusion that surrounds the use of the different 9894X series codes (Chiropractic Manipulative Therapy/Adjustment) and how they should be reported to the insurance company versus how they relate to the exact service that was performed.

There are three major issues to tackle in order to report these codes correctly:

First, we must understand where transitional areas belong in this whole process. When these areas or regions are adjusted, they must fall into the following classifications that are written in the CPT Manual:

Because of the use of regions or areas, one of the main points of confusion is when the doctor reports the number of “segments or vertebra” adjusted versus the correct number of areas.

For example, the doctor adjusted C1, C3, C5, C7 and T4. This patient encounter would be properly reported as a 98940 because the five spinal adjustments would have taken place in only two regions. The most common of all coding mistakes takes place when the doctor reports this patient encounter as a 98942. This is because the 98942 code requires at least one adjustment to take place in each of the five areas or regions of cervical, thoracic, lumbar, sacrum and pelvis.

Third, we must be aware that the way chiropractors report an adjustment to the sacral-iliac joint has been under increased scrutiny by auditors over the last few years. To make it easy, remember this rule when an adjustment is given in the low back area:

In the end, why do these 3 issues matter? Because the most common reason a practice gets audited is the frequency with which you use certain codes. If you don’t know exactly how to use each code, you run the risk of finding yourself in a very costly and problematic situation – for you and your practice.

Dr. Davila graduated from Palmer College of Chiropractic and then ran 3 successful practices in South Carolina. Since 2000, Dr. Davila has been training doctors and staff on federal and state insurance compliance as well as working with several chiropractor colleges to improve compliance education. He is considered a foremost expert and has consulted for Axis Healthcare, Blue Cross Blue Shield of South Carolina, American Specialty Health Network, Colonial Life, and others. He also served on the American Chiropractic Association’s Medicare Advisory and Blue Cross Blue Shield Blue CHIP Committees. 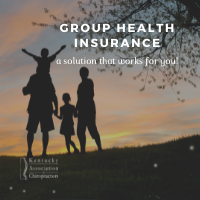