Dr. Roy Warren Sweat age 94 of Atlanta, Georgia passed away peacefully Sunday, January 2, 2022. Roy was born in Albany, Georgia on June 25, 1927 to Warren V. and Fleda Sweat. He graduated from Albany High School in 1944. He volunteered for the U.S. Navy in 1944 and served during WWII from 1944 to 1946. He attended Palmer Chiropractic College in 1947. While in Davenport, Iowa, he met his wife, Roylan (Coop) Sweat and they married in March 1949. He graduated from Chiropractic College in 1950. Both Roy and Roylan were anxious to leave the winters in Davenport behind them and after graduation moved to Decatur, Georgia. Roy was offered an associate position in 1950 with Dr. Vic Brooks. He started his own private practice in April 1953. He was in private practice from 1953 until his death in 2022. Just before his passing, he was the oldest practicing chiropractor in the state and worked 6 days a week at his clinic on Chamblee Tucker Rd. in Atlanta.

Roy’s family was very important to him. He was a loving husband and father. He enjoyed playing golf with family and friends. He and Roylan were members of the Atlanta Athletic Club since 1950. Roy is preceded in death by his wife, Roylan who passed in May 2001. They were married for 52 years and had three children together. Roy is survived by his son Warren and (Carol) Sweat of Wallace, Kansas, his daughter Whitney and (Dave) Colvert of Marietta Georgia, and his son Matthew and (Tecla) Sweat of Oakwood, Georgia. Roy leaves behind three grandchildren and three great grandchildren and many loving nieces and nephews.

He was very active in the church and in the community serving as a past president of the Decatur Kiwanis Club and chairman of the Board of Stewards at Pattillo Memorial Methodist Church. He later was active at Decatur First Methodist before moving his family to Norcross, Georgia and later joining Embry Hills United Methodist Church where he was a member.

A memorial service will be held on January 15, 2022 at Embry Hills United Methodist Church in Tucker, GA from 11am to 12pm. In lieu of flowers, donations may be made to the R.W. Sweat Research Foundation online or by mail to 3288 Chamblee Tucker Road, Atlanta GA 30341.

Roy W. Sweat was born June 25th, 1927, in Albany, Georgia. He attended elementary and high school in Albany, and graduated from Albany High in 1944. Following graduation, he joined the navy in World War II and served for two years in the Pacific theater.

After leaving the military in 1946, he entered Palmer College of Chiropractic in Davenport, Iowa, in January of 1947 and completed the four-year course of study and graduated in January of 1950. 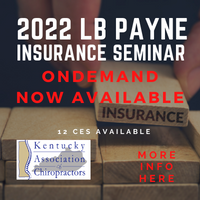